In the Spotlight:
Karsten Wulf and zwei.7

People are what make the difference for us. Because relationships work best when they are based on mutual trust and reliability. The cooperation between us and our partners thrives on respect and appreciation for one another, a shared sense of responsibility, and a high level of discretion.
We also believe in taking a positive and open professional attitude as well as bringing enthusiasm and passion for growth to everything we do.

The Basis for Our Success​:
Respect and Appreciation for
One Another, and a Shared
Sense of Responsibility.

Company Values that Shine:
Those who wish to lead must enjoy people!

We believe in the power of value-oriented leadership combined with a company culture that is lived out, rather than just written down. Living out these values means taking responsibility – in other words, leadership is not about positions, job titles, tools, or status: it is a question of mindset and commitment. Strategy, including a vision and a mission, defines what direction growth will take.

Karsten Wulf, founder of the zwei.7 Group, started his entrepreneurial journey while still in school. At 16, he founded Microchip GbR, which sold hardware and software, as well as a service and repair company for Commodore computers in 1989.

He achieved his greatest commercial success while studying Business Administration with the founding of the buw Group in Osnabrück in 1993. With just 1000 DM in startup capital, a nose for new opportunities, and heavy doses of passion and perseverance, he built up one of the largest customer-care & BPO service providers in Europe. By 2016, the buw Group had achieved a turnover of €161 million, working with customers such as Vodafone, Miele, BMW, SAP, and Roche, and employing over 6,000 personnel at 14 sites in Germany, Romania, and Hungary.

Karsten Wulf has been honored with numerous prizes including the “Entrepreneur des Jahres (Entrepreneur of the Year),” the second-fastest growing company in Europe (Europe’s 500), the TOP Job Arbeitgeber (TOP Job Employer Award), and the HR Excellence Award. He is the Chairman of the Advisory Board of Ossenberg Holding, and a member of the Advisory Board for the Osnabrück Healthcare Accelerator (OHA).

The Founding of the zwei.7 Group

The robust expansion of the buw Group led to the creation of numerous new sites, but these were always rented. In 2012, however, the opportunity arose to acquire the company headquarters of the largest site, in Leipzig. This allowed Jörg Hänscheid and Karsten Wulf to lay the cornerstone for zwei.7’s real-estate business.

Nonetheless, the decisive turning point for Karsten Wulf came during a family vacation to the Antarctic in 2016. Again on the hunt for new challenges, confronted with the growing role of digitalization and internationalization in the customer-care industry, and fascinated by the shimmering blue of the Antarctic ice, he resolved to stake out a new path. That same year, Karsten Wulf and his partner Jens Bormann successfully sold buw to a large, NYSE-listed American corporation. This marked the first time that Karsten Wulf completed the founding, successful expansion, and exit of an enterprise.

A Name That Radiates

Karsten Wulf’s decision to start out on a new path was tightly bound up with his impressions of the shimmering blue light of the colossus of ice that gleamed as the sunlight hit it. The energy released by this radiation amounted to 2.7 electronvolts; this became the namesake of the new company. Just as the sunlight brings ice to light, zwei.7 hopes to bring values to light, and show them to the world.

Engagement for the Good Things in Life

Our understanding of values is not just limited to the workplace – social engagement is a major interest of our team, not least for our founder, Karsten Wulf.

Annual fundraising drives for kindergartens at Christmastime have become a joyful tradition at zwei.7. Another important topic for us is support for Wunderbunt e. V. This Osnabrück-based organization offers parents of children with disabilities a chance to listen, a chance for advice, and a chance to exchange ideas. Since 2017, zwei.7 has also closely partnered with HelpAge. HelpAge is an Osnabrück-based charity committed to assisting older people in developing and emerging countries. Karsten Wulf has served as an Ambassador for the organization, and annually hosts a large dinner, with the proceeds going to HelpAge. 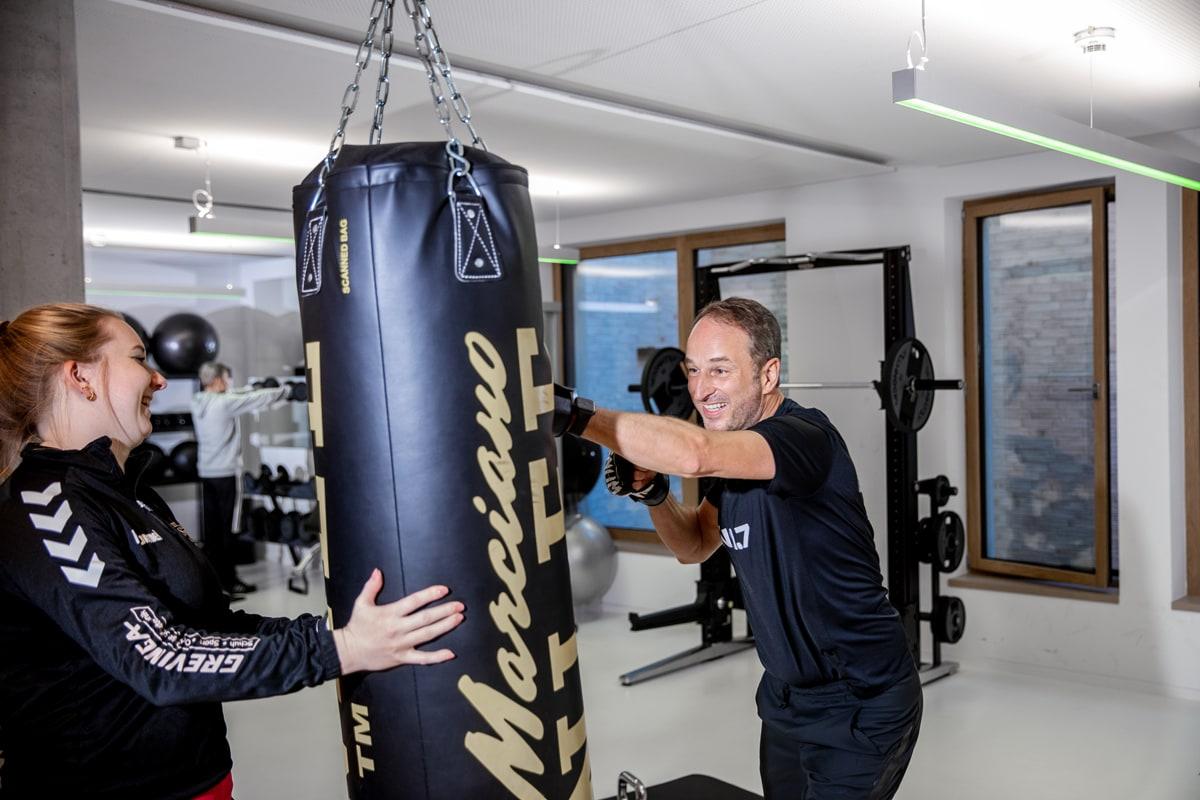 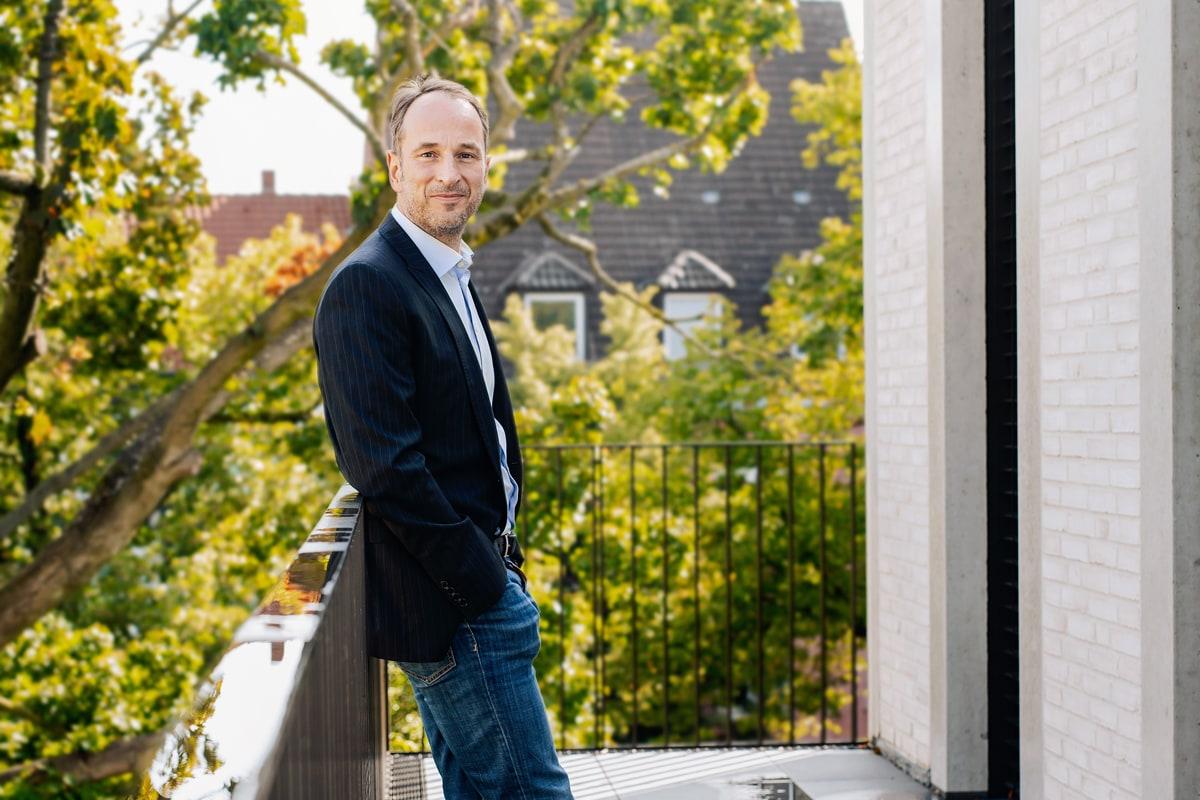 Every day, we strive
towards our goals – with commitment, flexibility, and a smile. They start us up, and drive us on.

We are always ready
to go the extra mile and set
challenging goals. For us,
“just happy to be here” is
not enough.

We achieve our top performances when we take initiative ourselves. So we
give people the space and
support to do just that.

We depend on open and constructive cooperation.
We can only reach our fullest potential as a strong team.

We treat people with respect and trust. We acknowledge and recognize exceptional performance. 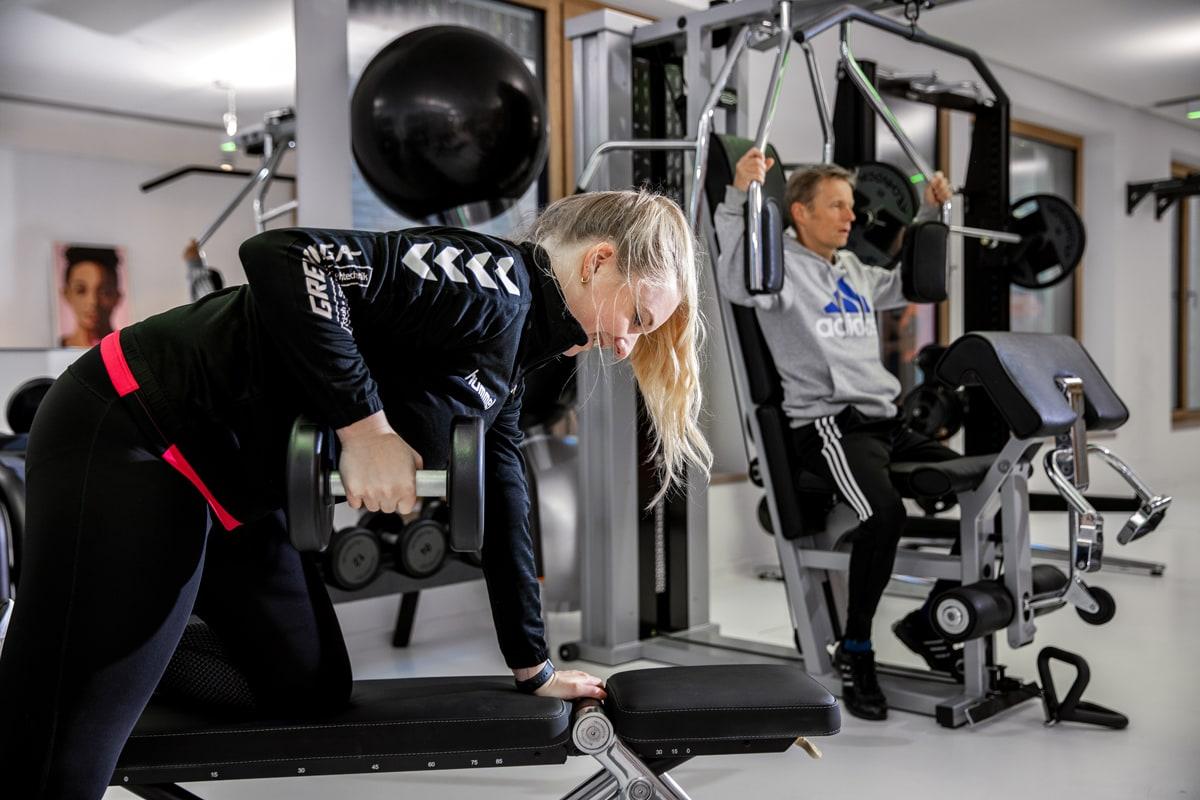 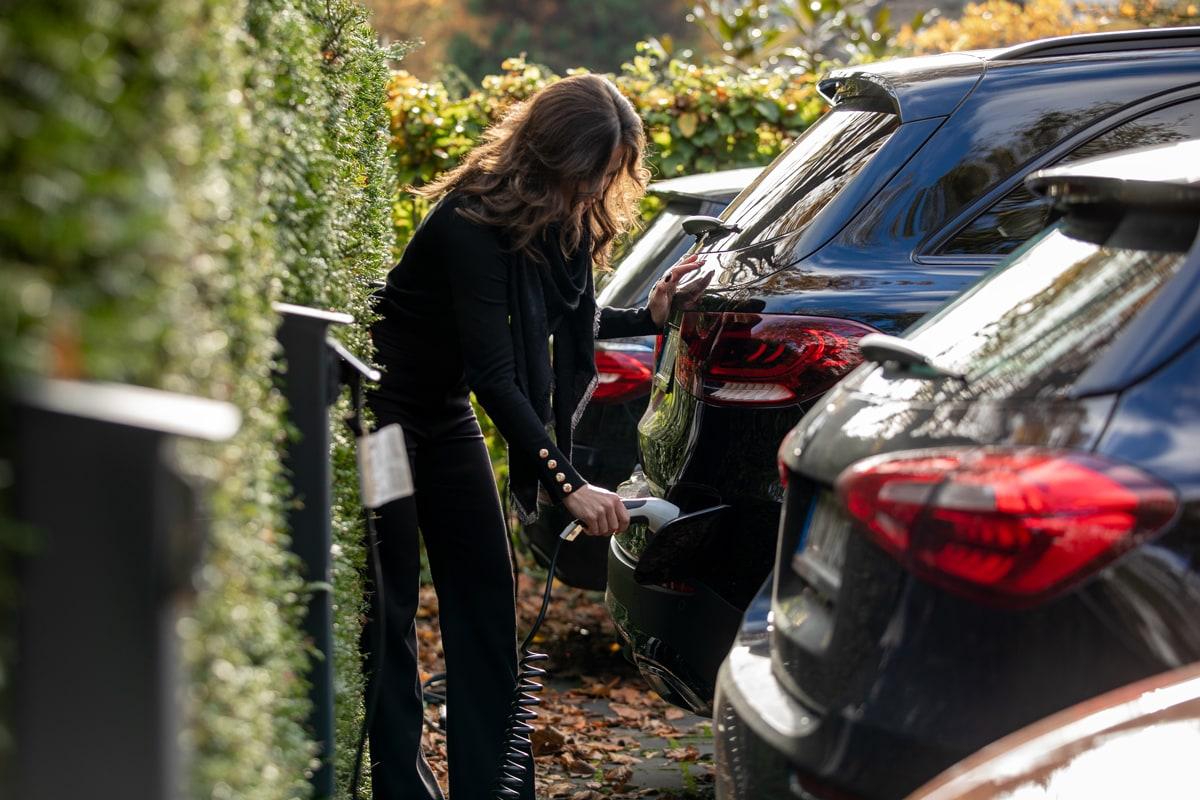 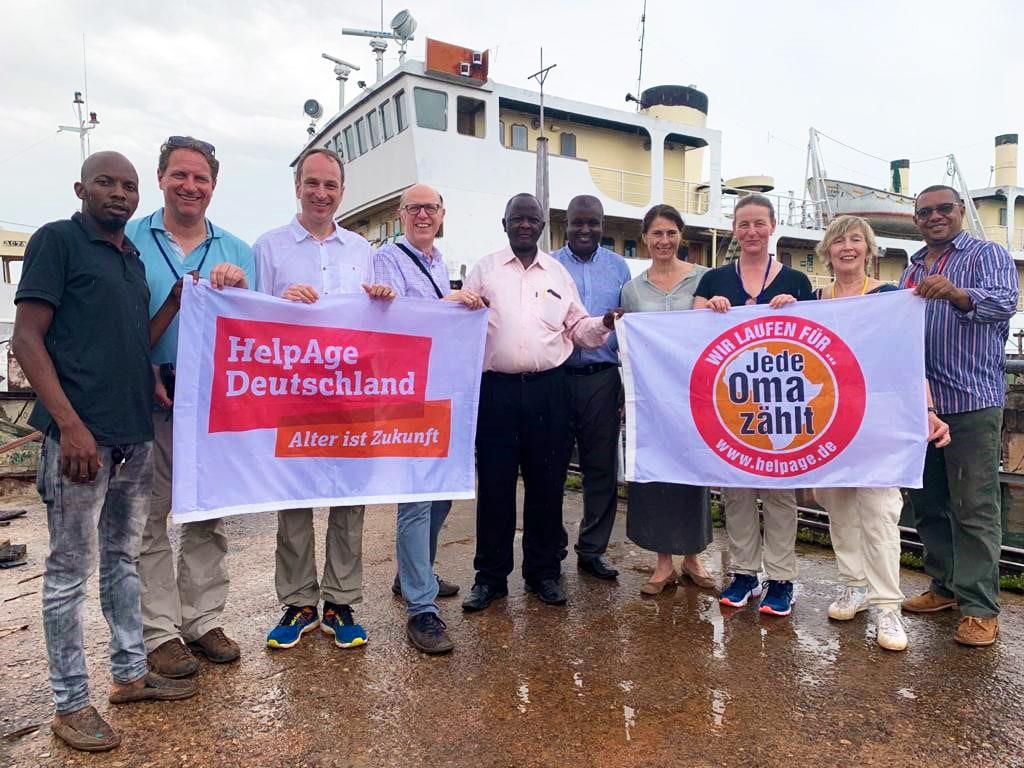 Our Team of Experts

Click on the picture to
learn more about
our team 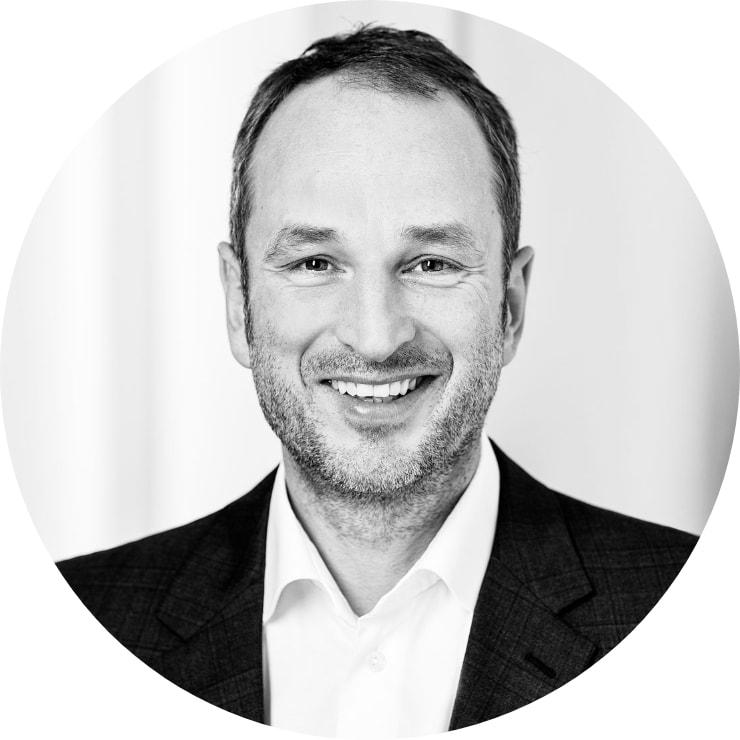 Karsten Wulf – Business Owner and Founder
Has loved and lived entrepreneurship since his youth. He has won numerous awards for his work, including “Entrepreneur des Jahres (Entrepreneur of the Year)” and “Second-fastest growing company in Europe (Europe’s 500).”

Karsten Wulf – Business Owner and Founder
Ambitious mountain-bike trips are a great passion of Karsten’s. In 2014, he completed the Craft Transalp Race from Obersdorf to Lake Garda. 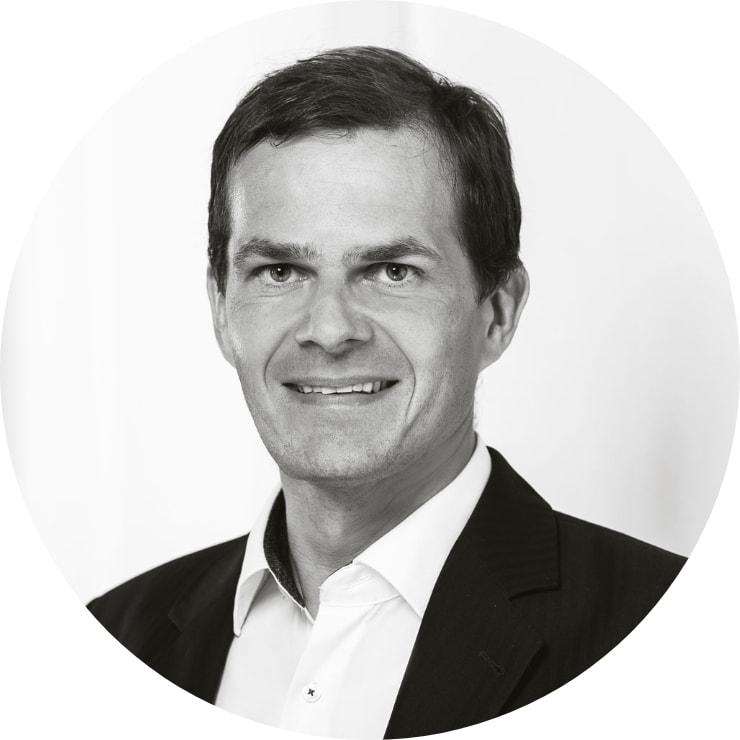 Norbert Früchtl – CEO, zwei.7 Beteiligungsmanufaktur
A globetrotter and a doer with a mind for action and a heart for family business. He understands the many facets of the equity business, and knows what business owners expect and need. Now settled in at zwei.7 and responsible for corporate equity partnerships as well as their further strategic development.

Norbert Früchtl – CEO, zwei.7 Beteiligungsmanufaktur
From the ice of the Antarctic to the mountain gorillas of Rwanda, Norbert loves to travel and discover the world with his family. 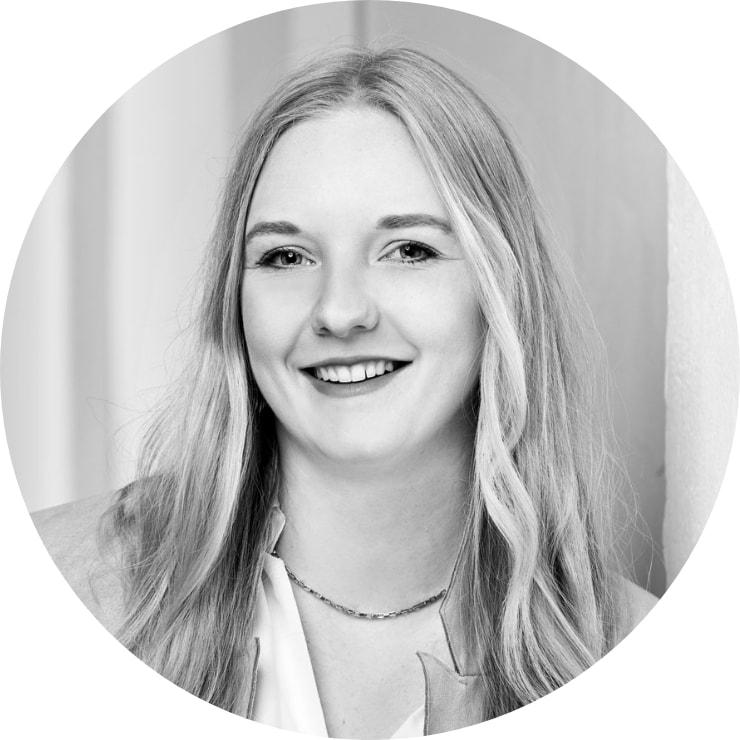 Vanessa Ennen – Finance & Controlling
Previously in a large American corporation and now at zwei.7 to oversee finance, controlling & reporting. She brings great enthusiasm and passion to working in and developing these areas both for zwei.7 as well as its portfolio firms.

Vanessa Ennen – Finance & Controlling​
Since she was six years old, Vanessa has been a passionate handball player. Teamwork and joy in pursuit of a common goal – before, during and after the game – make life a richer experience. 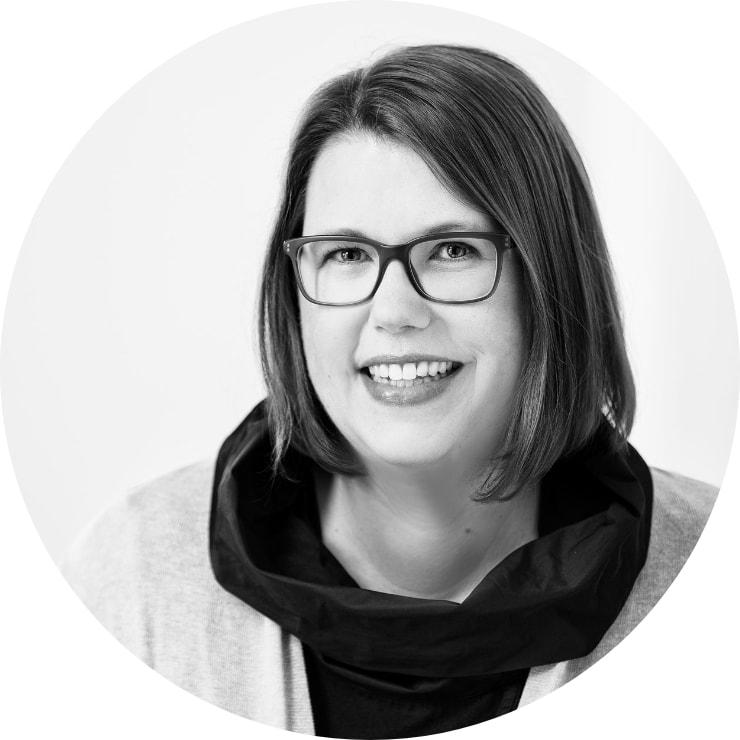 Julia Heitling – Executive Assistant
A former employee of a high-security company in Berlin, and for the past decade the right hand of Karsten Wulf. She ensures that zwei.7’s day-to-day organizational needs, such as scheduling and travel of the management, as well as purchasing, accounting, and organization of zwei.7 events, run smoothly and efficiently. 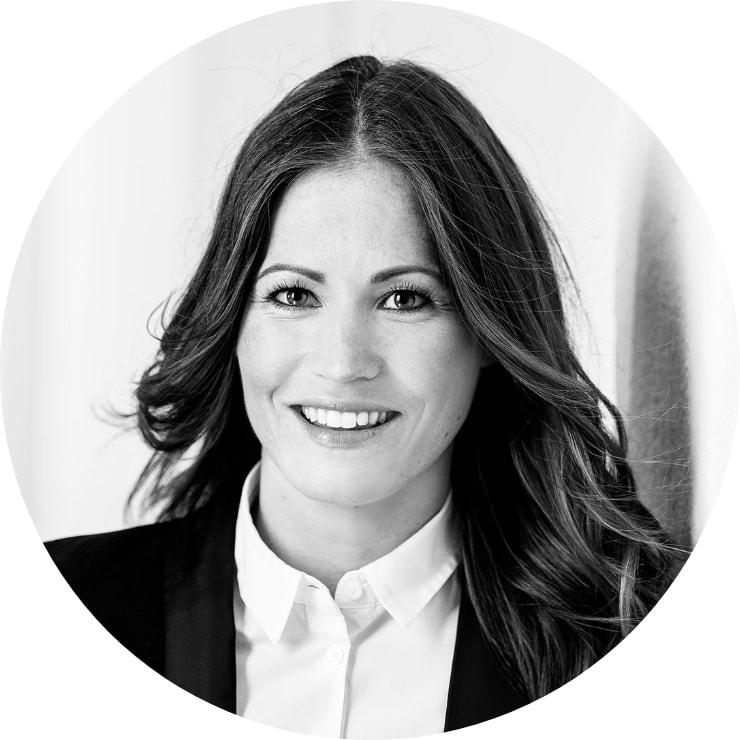 An expert with over 14 years of professional experience in real estate management. Trained as a draftswoman specializing in construction, her bachelor’s and master’s work focused on facility management, and ultimately facility consultancy. Optimization is in her genes – at zwei.7, her focus is on construction, technical, and infrastructural asset management. This has entailed oversight of project development as well as support for the sale and purchase of other properties.

Karla Rethmann – Portfolio Manager
Karla’s great joy is dancing. And music is also crucial for her, bringing together the strength, movement, physical energy, and emotion that dance requires. 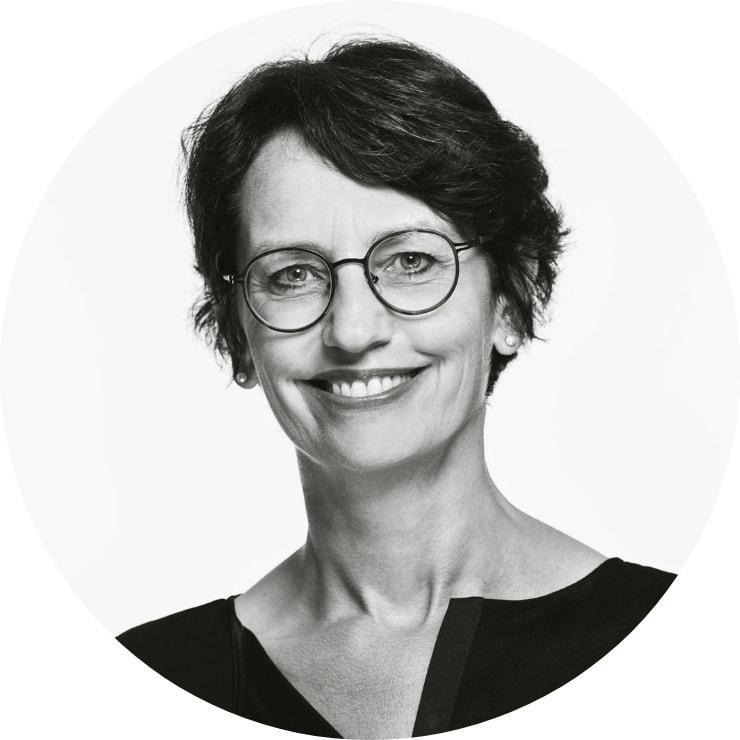 Lisa Paul – Partner, Personnel Management​
Lisa’s passion is yoga in any form, because it brings mind, body, and soul into harmony with one another. As a teacher of laughter yoga, she shows people how to improve their ability to approach the challenges of the modern world with a positive attitude. 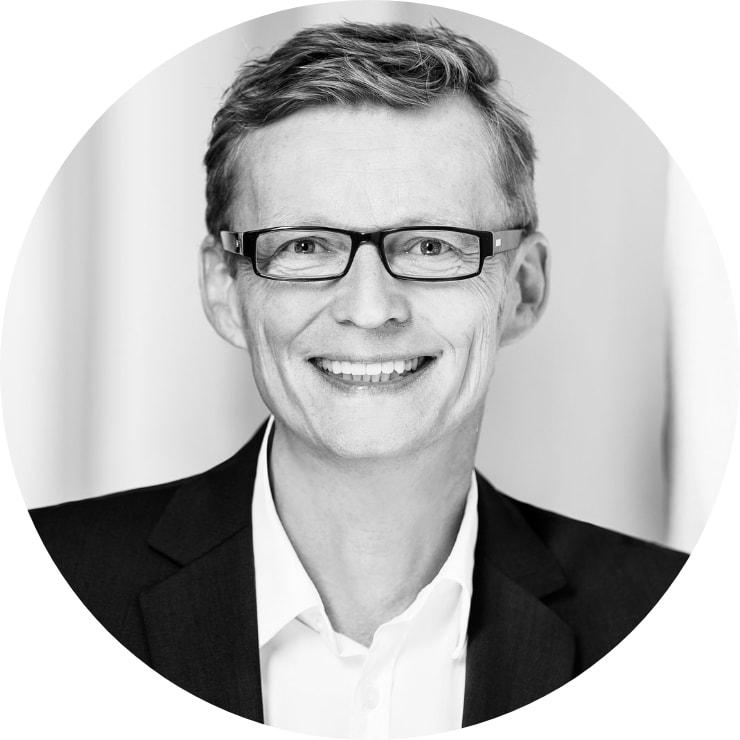 Olaf Bock – CEO, zwei.7 Equity
Has entrepreneurship in his DNA. For over 30 years, Olaf has been scaling up B2B and B2C business models. With his love of marketing and operations, he has not only generated growth in his own enterprises, but he has also advised multinational retailers and e-commerce companies in the conceptualization and execution of private-label concepts.

Olaf Bock – CEO, zwei.7 Equity​
All the world’s a stage, and Olaf has been mesmerized by it since he was young. Be it progressive or classical, he drops everything for a well-staged production. 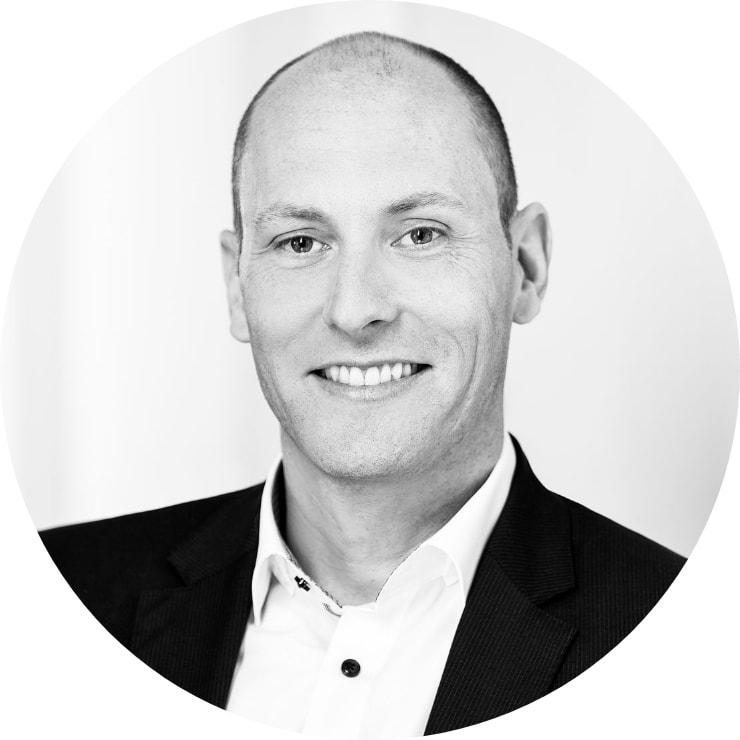 Jörg Hänscheid – CEO, zwei.7 Real Estate Holding
Working in real estate for over 15 years, Jörg is responsible for the zwei.7 Group’s work in this area, including its long-term strategic approach. This includes project development and asset management, as well as acquisition and purchasing. With a degree in business law (Dipl. Wirtschaftsjurist) as well as an MBA that he earned in Australia, the Münster native has a feel for not only the commercial aspects of the industry, but also its legal and technical intricacies. He is able to draw on expertise, spanning all asset classes, from professional experience in various companies in Germany as well as Vancouver, Canada.

Jörg Hänscheid – CEO, zwei.7 Real Estate Holding​
Jörg discovered his deep passion for surfing as a student in Australia. Since then, his love and respect for the sea has kept drawing him back to catch yet another wave, be it for a vacation or just a brief getaway. 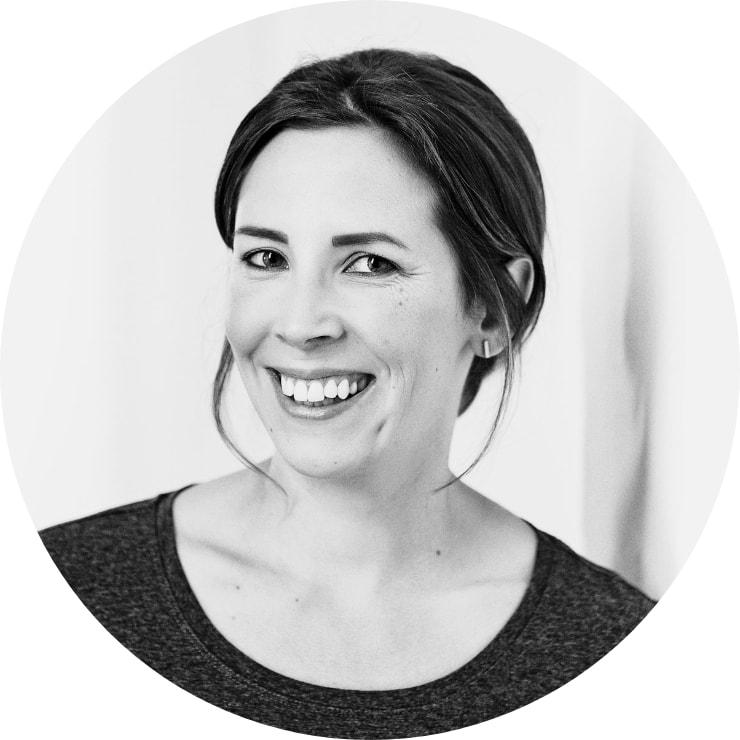 Anja Brors – Portfolio Manager
Communications- and service-oriented, with a great deal of experience in the customer management industry that she has now brought to the world of real estate. She is responsible for commercialization and rental, commercial aspects of asset management, and support during crucial phases of the acquisition and sale of properties and developments.

Anja Brors – Portfolio Manager​
Anja’s passion is the image in the viewfinder. With dedication, her photography eventually became a profession, but her great love has remained family portraiture. 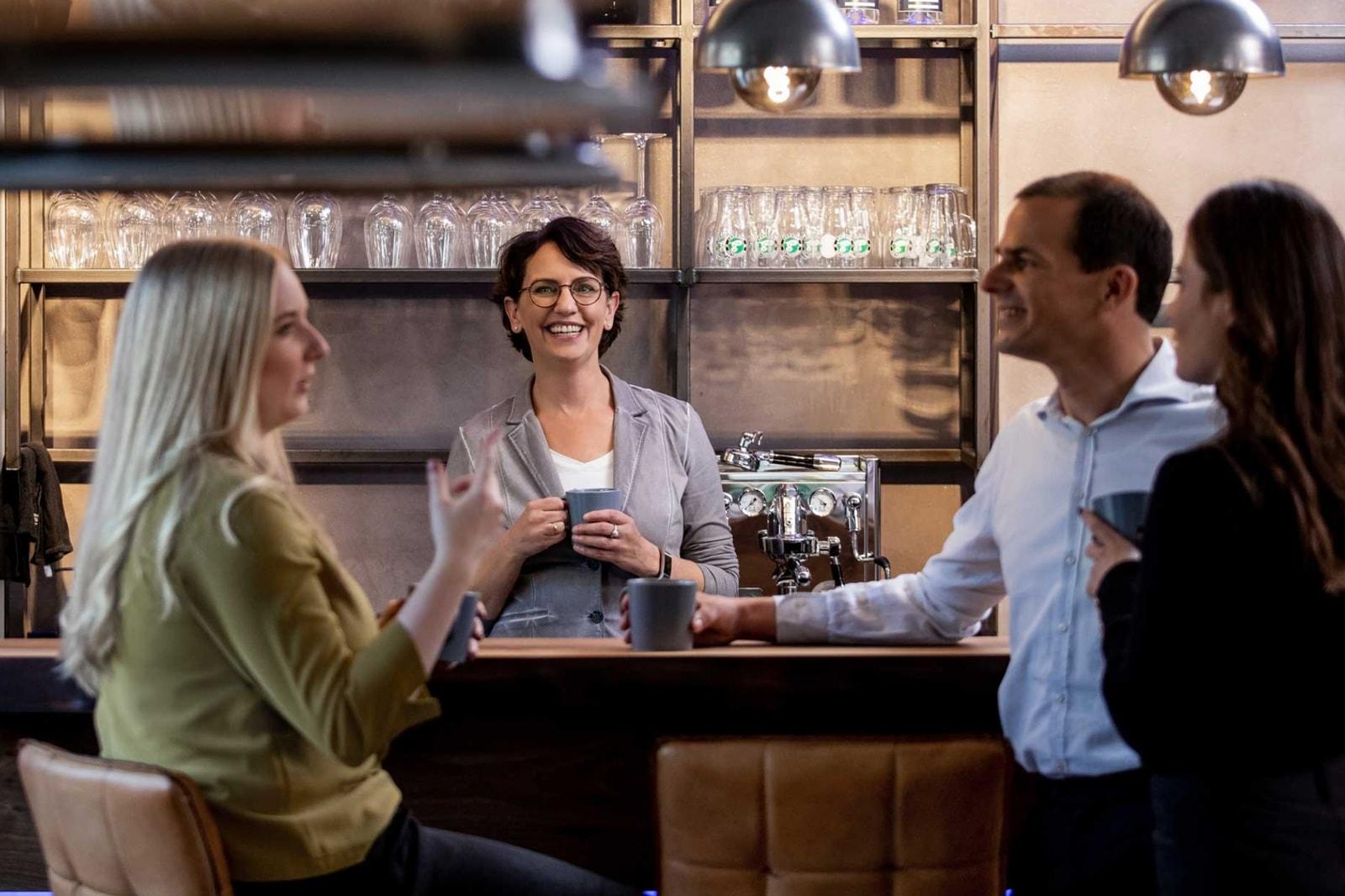 We have gotten the ball rolling at our new location in the heart of Osnabrück.
Our team sustainably develops properties and facilitates equity partnerships.

Unfortunately, we have no open positions as this time; nevertheless, we are always excited to learn about new talent, and we look forward to unsolicited applications. Simply send an email to info@zweipunkt7.com – and you will receive a response from us soon after. 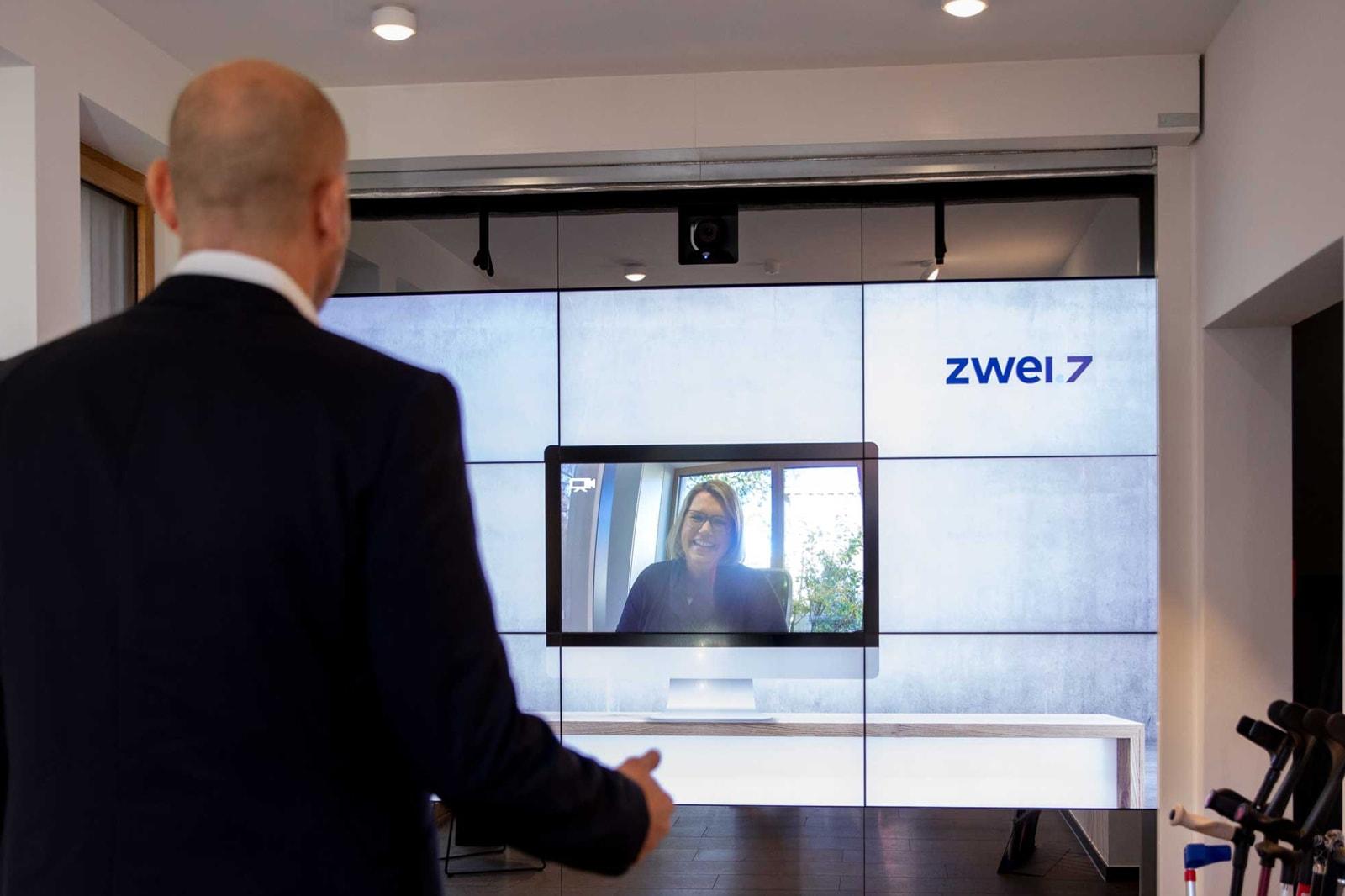 News and updates from us and about us.